Eating at Indochine can be compared with embarking on a luxury journey across Asia. Tastes unfold across the palate like scenery passing by a train window … dishes echo the spicy tang of Chang Mai, the smoky scents of Penang, the heady curries of Madras. Each taste resonates with a sophistication of seasoning seen only in Michelin-starred restaurants; each dish is a masterpiece.

Indochine is a marriage of Asian-inspired and South African flavours, presented with the finesse of the top culinary masters. The dishes are light and lean with piquant touches, bringing a beautiful balance of aromas to the table. Head Chef Virgil Kahn is behind this symphony of flavours. He came to Delaire Graff Estate from an esteemed background, having cooked at Gordon Ramsay’s Maze, Nobu at The One and Only and The Westin Cape Town. Kahn has been at Indochine since it opened its doors in 2010. Today, he heads up a dynamic team who bring together his creative combinations with artistry and flair.

The chef is surprisingly down to earth. He sits comfortably in an armchair at the Delaire Graff Lodges & Spa, casually speaking about his culinary inspiration. For Kahn, it’s the countries of Asia; Thailand, Cambodia, India, with their soft, aromatic and spicy flavours. “I break down dishes so people can have a clearer sense of region,” Kahn says. “There is a very fine line between different cuisines. I want people to get a sense of every area.”

Indochine’s cuisine almost defies categorisation. “The restaurant is Asian-influenced, but definitely not a fusion of any sort,” explains the chef. “It is a collaboration of fine dining, the European kitchen and South African cooking, creating an authentic, more exciting style with an innovative take.”

Kahn’s passion originates from his culinary heritage. Being of Cape Malay descent, spices were always present in his life, and the chef has fond memories of the enticing aromas of his youth. He experiments with hundreds of spices in his cooking at Indochine creating curries from scratch of all varieties, and using seasonings such as lemongrass, ginger and chilli to create refreshing new combinations. “You need to understand the ingredients,” he says. “Then you need to make them your own.” He has had an insatiable appetite for authenticity, but has always endeavoured to add a distinctive contemporary twist to each dish.

To Kahn, Asian cuisine is the future of food. Antioxidants present in spices improve wellbeing and overall health; not to mention the benefits of their alluring aromas and vivid tastes. As with the estate’s other restaurant, much of the produce at Indochine is sourced from the estate’s gardens and from the most reputable local suppliers, so the nutritional benefits of the ingredients are maximised. “A lot of my time is spent sourcing the best products I can find, and getting to know suppliers who deliver the freshness, quality and impeccable provenance that this sort of cuisine demands,” says Kahn.

Being located in the world-renown culinary scene of the Cape Winelands, Indochine has provided a prestigious setting for Chef Kahn’s accomplishments. “There are many incredible restaurants in the Winelands,” says Kahn. “I decided to put myself out there and put my stamp on something great.”

The chef has obviously succeeded. Over the years, Indochine has been named amongst the Top 20 restaurants in South Africa in the prestigious Mercedes-Benz Eat Out Awards amidst a myriad of accolades and notable awards. “In the beginning, people weren’t familiar with our approach,” the chef says. “In the Winelands, everything has a similar style. We wanted to create something unique that would stand out not only for the quality of the experience, but also for the unusual approach we take.”

People come to Indochine first and foremost to have a truly distinctive experience. “We have the view, the flavours, the atmosphere and a fantastic team,” Chef Kahn says. “I often present my guests with a dish that is not yet on the menu. I ask them to be critical and give feedback. Food is about people. For me, everyone should be involved.”

“Each colour, each flavour, each texture, each ingredient on the dish is chosen with deep consideration for taste, for sustainability, for character and charm, with the special inflections from a life immersed in cuisine.” 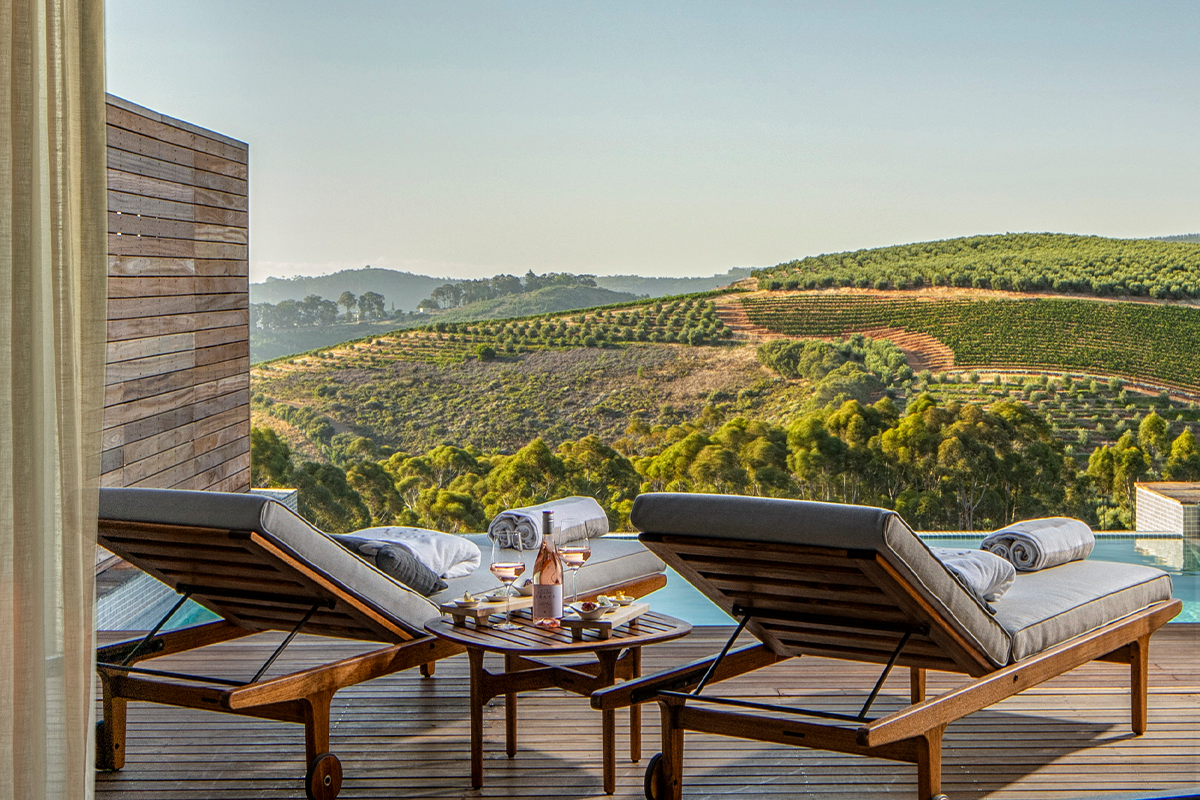 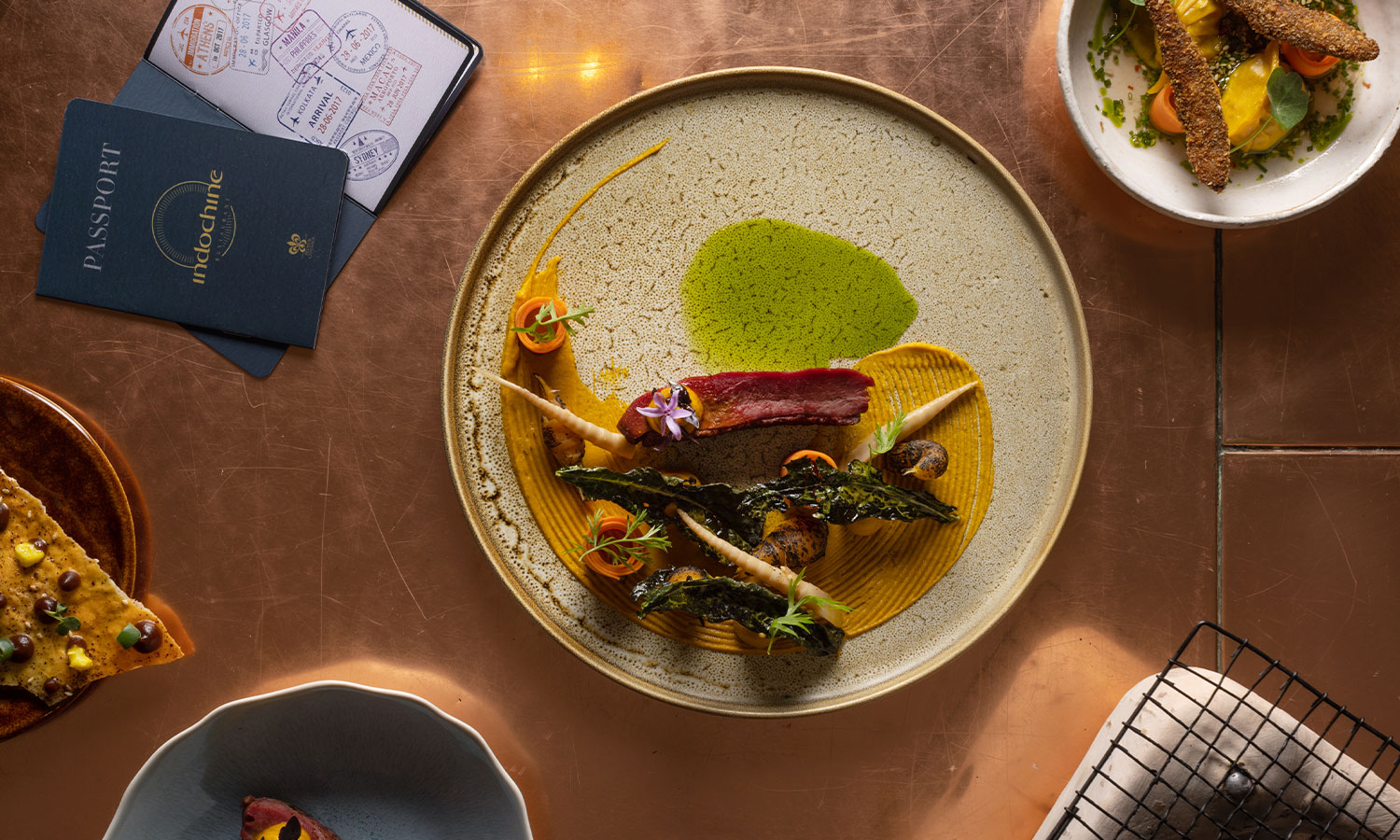 Inspired by our botanical gardens, discover a range of products exclusive to Delaire Graff Estate 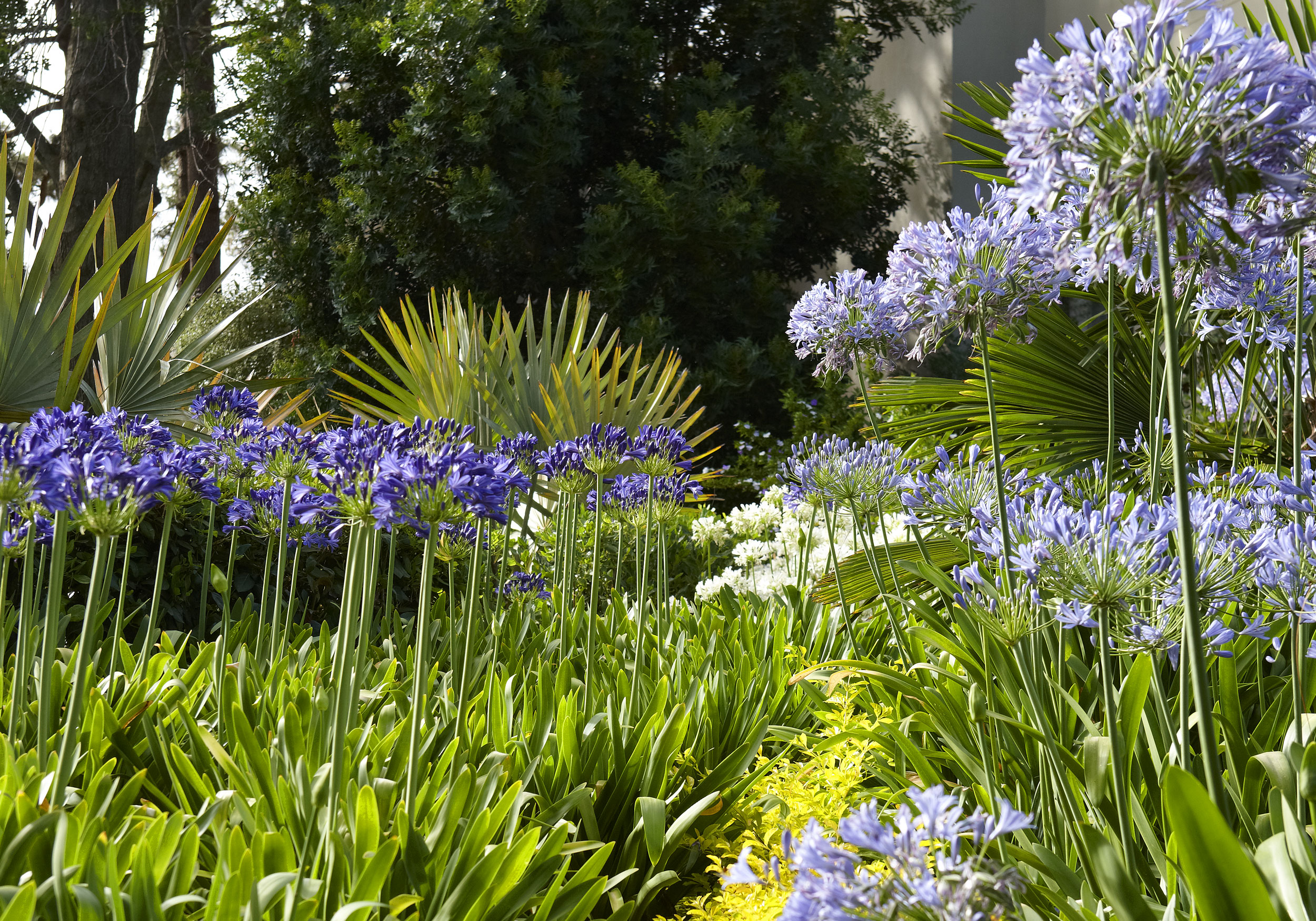 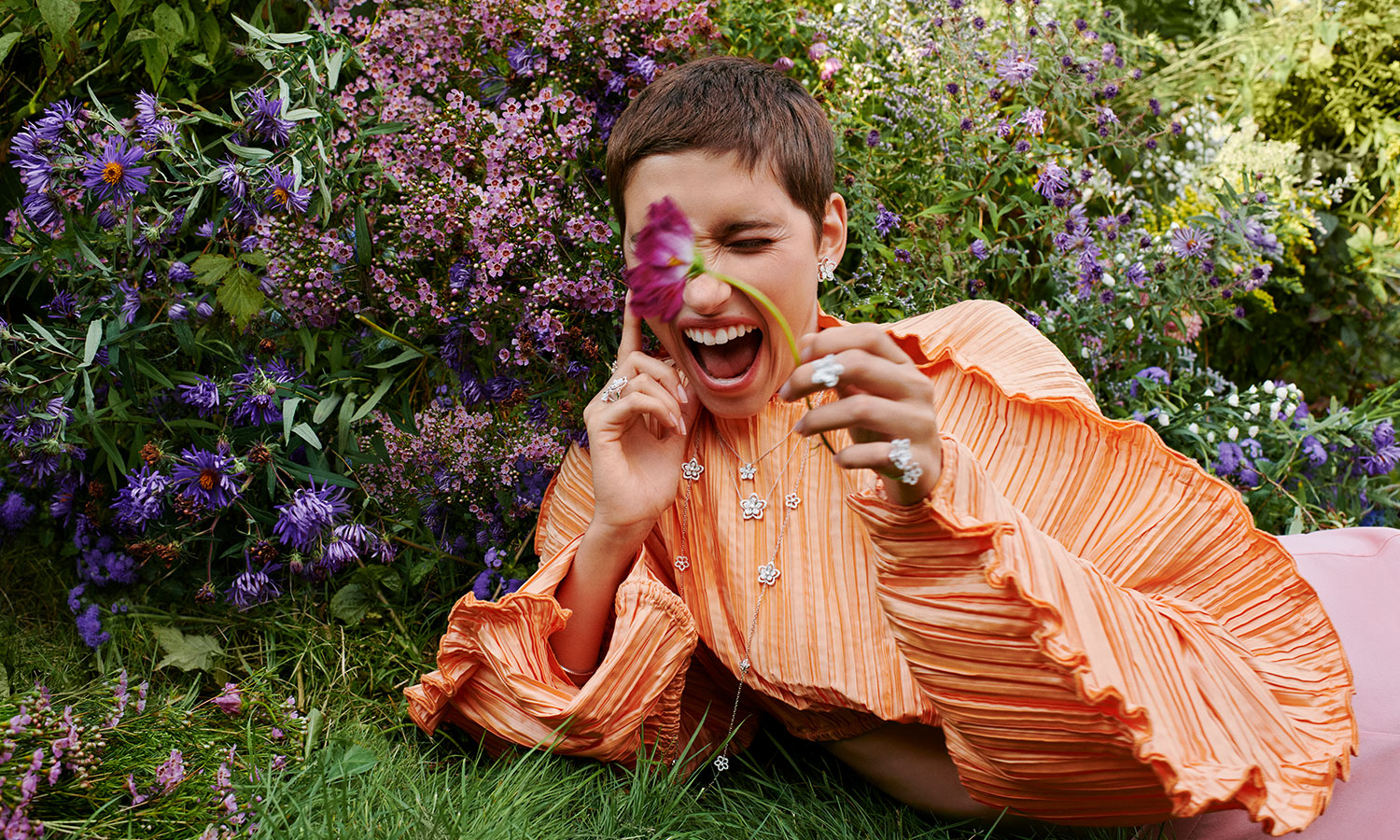 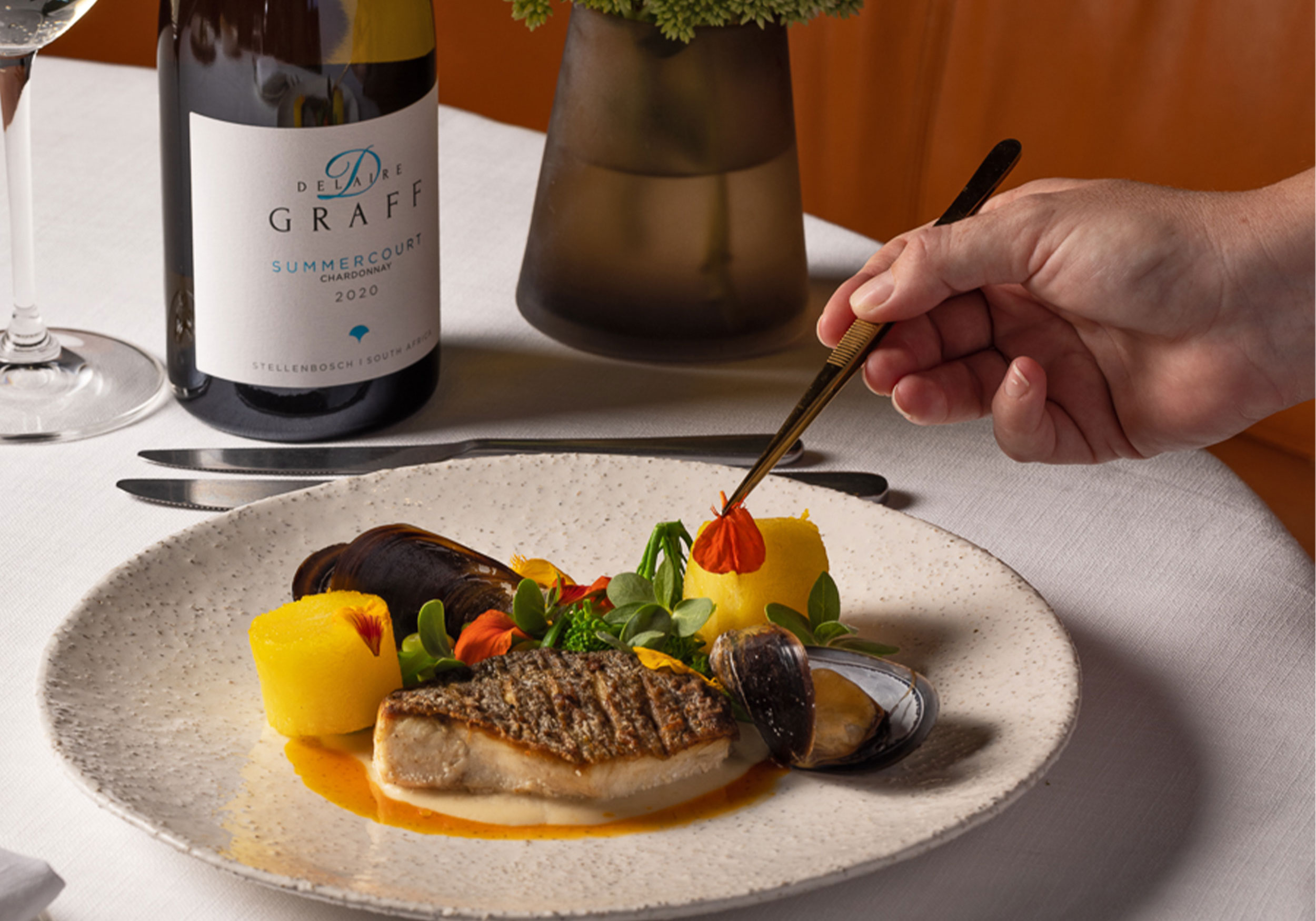