The Delaire Graff Botmaskop 2014 has been revealed as one of the top Bordeaux blends in South Africa at the recent RisCura Red Hot Wine Awards having been placed within the top ten awarded wines.

The Awards, now in their second year, were announced by an expert panel led by the respected Christian Eedes. With less entries than the previous year, Eedes remarks the quality of the wines were, however, more profound. Set amidst the superior wines entered, the Delaire Graff Botmaskop 2014 achieved received 92 points out of a possible 100 surpassing the 2012 vintage’s score last year.

The Bordeaux blends of France reflect their terrior and unique attributes of the region with intensity. It is remarkable to see South African red wine blends exceeding in this category given the prestige of the French blend.

All the varietals used for the Delaire Graff Botmaskop 2014 come from the Estate making this wine the flagship blend for the Estate. Handcrafted both in the vineyards as well as in the cellar, the Botmaskop is the result of meticulous care. Extensive sorting of the grapes formed part of the quality management process. The grapes were de-stemmed and not crushed to ensure gentle extraction of fruit flavours. Whole berry fermentation and gentle punch downs ensured extra care in handling of grapes. After basket pressing, the wine matured in French oak barrels for 16 months, 50% new, where malolactic fermentation took place. Capturing the essence of the Banghoek Valley terroir, the Botmaskop offers rich aromas of cassis and spice with intense liquorice and blackberry flavours on the palate and fine, lingering tannins.

The Delaire Graff Botmaskop 2014 is available from the Estate at R225.00 per bottle. 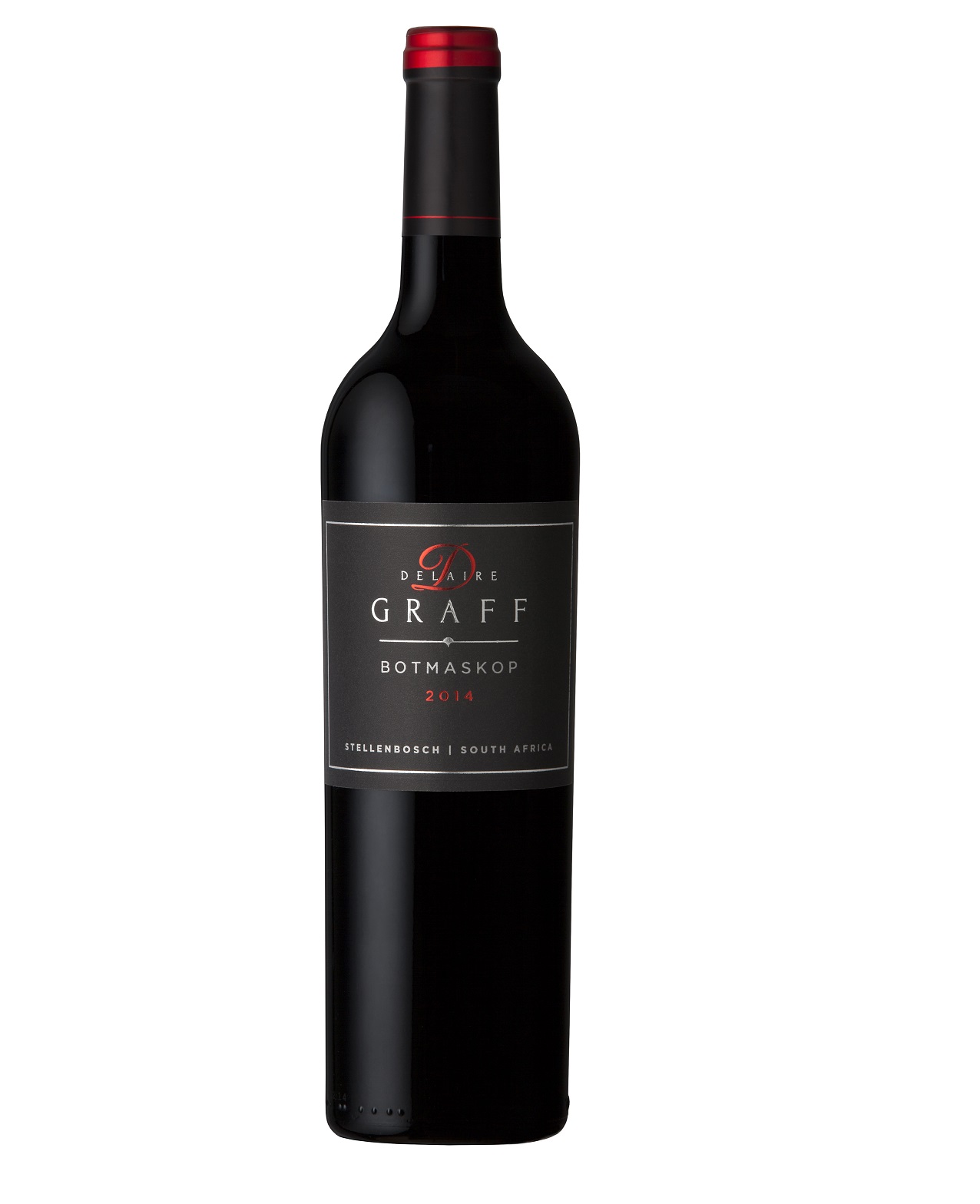